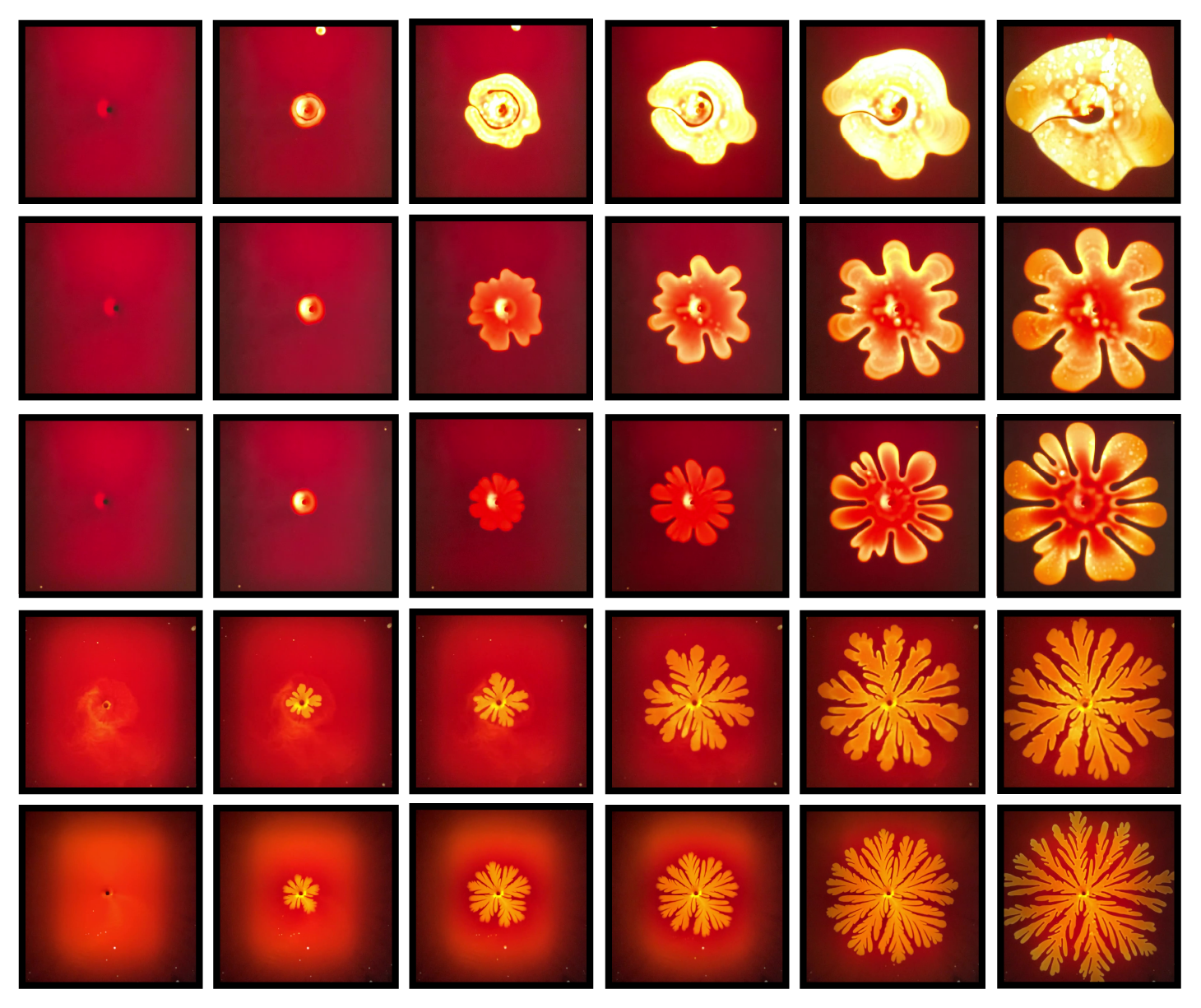 Description: This image shows the opening sequences of five differently shaped apertures that can be expanded to control the flow of light across a membrane. The apertures are formed as air replaces an opaque liquid suspended between two rigid panes. The aperture shape is determined by the speed at which the air replaces the liquid. As this speed increases (from the top to bottom sequence) the aperture branches grow thinner, a phenomenon commonly studied in the fields of physics and fluid dynamics known as viscous fingering. In our research we show that because we can precisely control the shape of these apertures, we can importantly also control how much light passes through them in a membrane.

Why did you do this research? This research was conducted to demonstrate that commonly studied physical fluid instabilities, occurring when one fluid (in this case air) is introduced into a second fluid (in this case molasses), can be leveraged to control light transmission in a membrane. The photographs in this image are primarily experimental, and represent some of the early work within this project.

Technique: Each of the five rows corresponds to an opening sequence of an aperture (from left to right). The images in each row were taken sequentially, as the apertures open. Experimentally, the air that forms each aperture is introduced into the liquid-filled window via a central port with a digital pump at a controlled speed.

Acknowledgements: I performed all the experiments photographed in the image, but the three individuals below provided feedback, inspiration, and assistance with the work more generally. Benjamin Hatton, my advisor, Associate Professor, Department of Materials Science and Engineering Kevin Nitiema, my collaborator, recent graduate, Faculty of Architecture Charlie Katrycz, my collaborator, PhD student, Department of Materials Science and Engineering.